Prestige began as Prestige Fashions in 1956, founded by Mr. Razack Sattar who was a true innovator, a farsighted man who knew the power of the personal touch and for his children, Irfan, Rizwan and Noaman, the shop was a vital childhood presence.

Noaman Razack took over at the helm of Prestige Fashions in 1982 and the company has further expanded prosperously since.

Director Noaman Razack says from his desk at Prestige The Man Store, “Our growth is really bound up with that of Bangalore’s.

We’ve seen the city transform itself and maybe we’ve helped raised its style quotient while learning so much ourselves.

Our father had a vision of Prestige and its role in Bangalore but I think even he, with all his foresight, couldn’t have seen how far all this would go.

Still, he was the one who took the first step and his ideals and convictions are more meaningful than ever.” 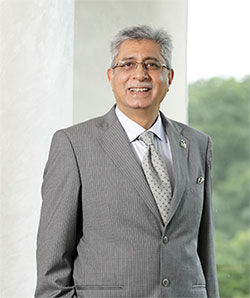